Home
You are here: Home / Coaches Corner / Puck Possession Trending and What That Means For Youth Hockey 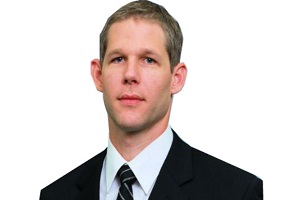 The NHL Loves Puck Possession…What Does That Mean for the Kids?

Today we welcome former Pro player and Coach Cail MacLean to the Prodigy Hockey Staff. In this post Cail gives us a break down of the state of Puck Possession and how this effects youth player development. Enter Coach Cail Maclean!

If you stay up to date on the NHL these days, you can’t avoid the emergence of advanced statistics in today’s professional game. Headlines are filled with teams snatching up analytical talent and there is much debate as to which measurements will become the gold standard for predicting team and individual performance. We are only in the early stages of a revolution that will surely change the game for better or worse, but one thing is becoming clear…puck possession matters. NHL teams want the puck and, when they get it, they want to keep it. This is not “news” to people that build teams at the highest level. Puck possession has long been coveted by NHL management, but the current movement is bringing possession under the microscope in a way that will surely trickle down and affect the youth levels of hockey. In this instance, the trickle-down effect could be a positive one.

It is a natural phenomenon for the highest level of sport to influence the youth ranks. Youth hockey in North America has most recently endured decades of ‘system implementation’ even at the youngest levels. While systems are a hugely important aspect of high level hockey, they can also be very stifling to the creative development of youth players. It is one thing to promote understanding and hockey sense through the introduction of forechecks, defensive zone coverage, special teams, etc., but a strict diet of systems for young players diminishes improvisation and gives the game a much more robotic feel. At the youth levels, emphasizing systems over creativity equates to emphasizing winning over individual development. Fortunately, both the United States and Canada seem to be righting the ship in favor of developmental models that promote individual skill as the essential ingredient in developing youth players. The NHL’s emphasis on puck possession could be wind in the sails of youth development as its habits seep into minor hockey.

Puck possession is not a particular system. It can be greatly enhanced by a team that has systems set up around the idea, but it is more a combination of skill, support, and decision making based on the following notion: You have to work very hard to get the puck in today’s game, so don’t just give it away. Strong possession teams are not just a bunch of skilled players that can hang onto the puck. They are players that have the awareness and intelligence to create passing lanes and find open ice so that possession can be transferred and prolonged. Therefore, adopting this new standard could create a youth atmosphere that promotes skill and teaches players that offense starts as soon as your team touches the puck regardless of where you are in the rink. Here are some thoughts on how this new mentality might help the offensive development of youth players before they even enter the offensive

Puck possession places a much greater emphasis on a defenseman’s ability to start an effective breakout upon his first touch of the puck. Most successful NHL teams exit their defensive zone with possession of the puck instead of chipping it out and chasing it down in the neutral zone. The term “escape defenseman” refers to a player that has the mobility and stick skills to evade the first wave of the opposing forecheck and jumpstart the breakout. In years past, escape defensemen have been a rare and valued commodity. Now, teams will look to fill more roster spots with defensemen that have the offensive skill to make a breakout happen. The positive aspect of this shift is that even the prototypical “big D” will be encouraged to make a smart play with the puck and look for a tape to tape pass rather than be instructed to just stay out of trouble by rimming the puck or firing it off the glass and out of the zone. The game will always need size and toughness on the back end and not everyone has the capability to be an escape defenseman, but the divide will become less pronounced as possession plays a bigger role in the game.

Most high level teams hold one of two philosophies when it comes to advancing the puck through the neutral zone:

1) The chip and chase approach aims at advancing the puck behind opposing defensemen and into the offensive zone as quickly as possible by using stretch passes or chipping pucks to open areas with linemates offering slash support to regain possession.
2) A more “possession” influenced approach that uses close support, often from underneath of the puck carrier, and more passing aims at gaining the offensive blue line while carrying the puck. Option 1 is a classic style that has been popular over recent years because it minimizes turnovers in such a dangerous area of the rink. This style is effective and useful, but statistical analysis is revealing a decided advantage for teams that can actually carry the puck into the offensive zone. Therefore, look for Option 2 to become prominent and
eventually trickle down to the youth game. Seeing a shift in the game toward Option 2 means good things to come for young developing players. The foundations of good offense are understanding time/space when carrying the puck and effectively supporting puck carriers through timing and the creation of passing lanes. To develop strong puck possession players, youth coaches will need to renew their focus on teaching awareness with the puck and finding open areas with speed. Forwards will be encouraged to work on their habits of support and
they will increase their skill level as they spend more time with the puck on their stick instead of chasing it down the ice. To be clear, the chip and chase play is a great tactic and it can be a valuable aspect of a possession game. The hope here is that more youth players will be taught to use their puck skills and to
chip/dump pucks for possession purposes rather than doing so just to avoid turnovers.

Coaches/Parents: Give the kids the ability to relax with the puck so they can develop their poise. If they get negative feedback every time a play goes wrong, they will never have the courage they need to relax pick out the right play. Instead, ask them what they saw/felt and help them understand how they might be able to tweak the play to make it more successful. Yes, there is a “time and place” to try certain things, but try not to confine that window to one end of the ice…offense starts wherever a team gains the puck.

Players: Spend time working on your stick skills and puck protection tactics. Take note of your puck decisions…did your possession lead to further possession by your team, a shot on net, a goal? Fight the urge to throw the puck away under pressure. Instead, work on “seeing” the ice before you get the puck so that you can deal with the pressure while you look for a good option. And remember, puck possession is not about hanging on until you have to throw it away…puck possession is about sharing the puck at the right time so your pass/chip/dump leads to another strong possession situation for your teammate…while you get open in the slot.

Tweets by @ProdigyHockey
Under Handling 3x Overs Each Way