Home
You are here: Home / How to make it to Pro Hockey / Great Path to the NHL for Elite American Players

A great Route to the NHL

In today’s Hockey landscape more and more players are taking unique routes to make it to the National Hockey League. Within the last six years or so one route American born players have taken has intrigued me so much I thought I’d write about it. A select group of elite talent has been utilizing the great resources that American hockey and Canadian hockey has to offer. In this article I will identify this route and explain why I think it’s giving these boys a leg up on their draft competition.

The route starts at the National Team Development Program and a requires a birthday that is after September 1st. This late birthdate makes these boys usually a year behind in school for their birth year and also makes them eligible for the NHL draft a year later than their peers at the NTDP. Since the NTDP is only a two year program this leaves the later birth year players with an extra year to spare. This year in limbo gives the players a few options, 1. Play in the USHL 2. Fast track to college 3. Head to the OHL,WHL or QMJHL. Recently many elite players who don’t want to play another year in the USHL or fast track to the NCAA, have headed north to the OHL, WHL or QMJHL. This high end list includes players like Patrick Kane, Peter Mueller, Seth Jones, Brandon Saad, Cam Fowler just to name a few. This group put in the time playing for the NTDP and then headed north where
they were able to star in the top junior leagues in the world.

Why is this route boosting the draft status’s of these players? First and foremost the national program has these players on a strict strength and conditioning program; with less games and more attention to personal development the NTDP gives their players a huge advantage with the resources at hand. Their schedule against USHL, International and College teams has a huge impact on how prepared these young men are for the CHL level. In some cases these boys are going against competition that is 5 or 6 years older than they are! When they head to the CHL, they are likely to see many 16 or 17 year old rookies who aren’t as physically developed. So this all adds up to these players being able to jump on to an OHL, WHL or Q team and make a big impact. Being a high profile player in the top junior league in the world makes you very appealing to NHL GM’s!

If Pat Kane goes to the USHL for his draft year season instead of going to play for the OHL’s London Knights does he get taken 1st overall? Comment below let me know what you think. If this article is something you find intriguing share with your friends! 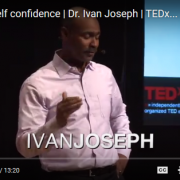 How To Develop The Skill Of Self Confidence 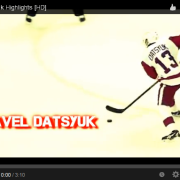