Home
You are here: Home / How to make it to Pro Hockey / Pro Hockey Player Chris Clackson

Today we sat down with Chris Clackson of the Alaska Aces. Chris played junior hockey for the Chicago Steel, College Hockey for Western Michigan and has played 3 professionals seasons split between the AHL and ECHL. Chris comes from a hockey family, his father Kimball Clackson played many years in the WHL, NHL and his brother Matt Clackson plays in the American Hockey League.

1.) Explain the amount of dedication that you have for the game of Hockey and the importance of practice.

The amount of time that you put into training for hockey has a direct correlation to how your skills develop. I have spent countless hours on the ice and in the gym working on improving my game. There are so many players that have surpassed their more talented or more natural gifted opponents by simply outworking them.

2.) What allows you to be confident while under pressure?

The easiest way to develop confidences is simply experience. If you have done something or have practiced something multiple times the easier it becomes. An old adage that I am a true believer in is “ The harder I work, the luckier I seem to be.” You build your own luck and confidence by putting in the necessary work to become successful.

3.) What professional Hockey player did you look up to when you were growing up and why?

Growing up, I was a huge Brett Hull fan. He was just a pure sniper and I loved his approach to the game. He was an unlikely superstar at first who used his work ethic and natural ability to push himself to the top of the game.

4.) Have you always felt that you would make it to the Professional level?

I always had to dream and drive to make it to the professional ranks but no, there were times I had doubts. Every player goes through good and bad times, and I believe those are the situation that define you as a person and a player.

5.) What is the most important lesson you have learned while playing Hockey?

The most important thing that I have learned in hockey and in life is how to manage my emotions. Hockey is such an emotional roller coaster. One moment in a game you score a beautiful goal and your on cloud nine. The next you turn the puck over and find yourself on the end of the bench. The ability to control those wild mood swings and keep a level head is invaluable.

6.) What influence have your parents had on you while playing hockey?

I was extraordinarily fortunate to have my father be an ex NHL player. He was very passionate about helping me achieve my dreams but also understood that it was a game and meant to be fun. My mom was vital in my success. She was always there for me. Whether it was a 6 am skating lesson she had to drive me to or just being there for me after a rough game. I could never thank my family enough for what they did for me.

7.) What Coach had the biggest impact on your career and why?

Honestly, my dad was and still is the best coach I have ever had. Even today he is watching my games, looking to give me any edge possible.

8.) Was there ever a time in your career where you were not playing a lot or having success on the ice? How did you handle this and get back to playing at a high level?

Every great player has gone through rough patches. The important thing to remember is that you can never lose faith in yourself and what you are doing. Always have pride in the way you play and the effort you give. Any slump can be cured with enough hard work and patience.

9.) What do you think is the most important factor that allowed you to be successful in the game of Hockey?

The longer I play hockey the more I realize the importance of the mental aspects of the game. No amount of physical talent can be used correctly without the mental ability to think the game. The best players in the world are also the smartest. Sidney Crosby and others like him are the best players in the world because they know the game so much better than their opponents. To be truly successful you must be a student of the game and love what you do.

10.) What drill would you like to pass on to Prodigy Hockey players to help develop their game? How does the drill work?

The drill that I use most often currently as a professional hockey player, that players of all positions can use is a mental drill. Before every game or even practice, picture yourself on the ice making the right plays, scoring goals, making a big save ect. The more positive reinforcement you give yourself, the more likely you will be able to perform that way on the ice. Walk yourself through key plays in your mind before the game and you will be more successful in the game. 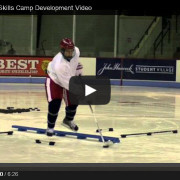 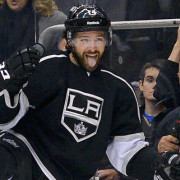 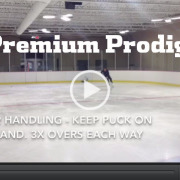 Under Handling 3x Overs Each Way 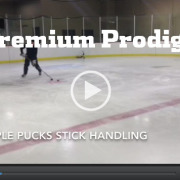 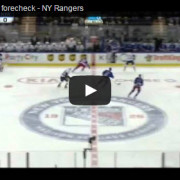